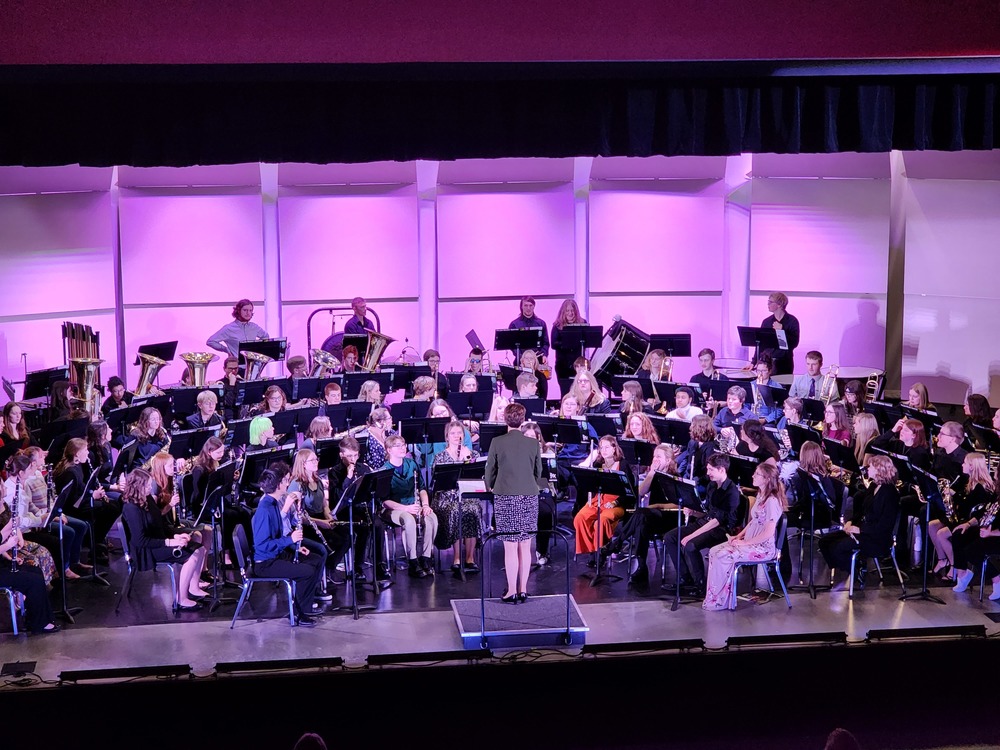 St. James R-1 School District welcomed the Four Rivers Conference Honor Band to our high school auditorium today. Students from school districts across the conference had the opportunity to audition for the honor band. Those selected met and rehearsed recently and we had the privilege of hosting the band this afternoon as they performed the following set list:

The Four Rivers Conference Band was under the direction of Mr. Doug Rice from Union School District and Dr. Dori Waggoner from Central Methodist University served as conductor for the performance.

Congratulations to our students who were selected from The Official Red Regiment Band!